A story from Alexander Siems

About ten years ago I started working in tech support for a security systems manufacturer in Germany. Back then working in an office was very unfamiliar for me. Before I worked as a telephone support technician, I worked on the other side of the phone line, so to speak as a field technician who called tech support when I couldn’t solve an issue on site was very different.

I was crammed into a small office with three other support colleagues. The office, which was in the south of Germany, consisted of a sales department, a small warehouse and us technicians. The manufacturing and development was for a small part done a few kilometers away on another site but for the most part in the south of France where also most of the employees worked . 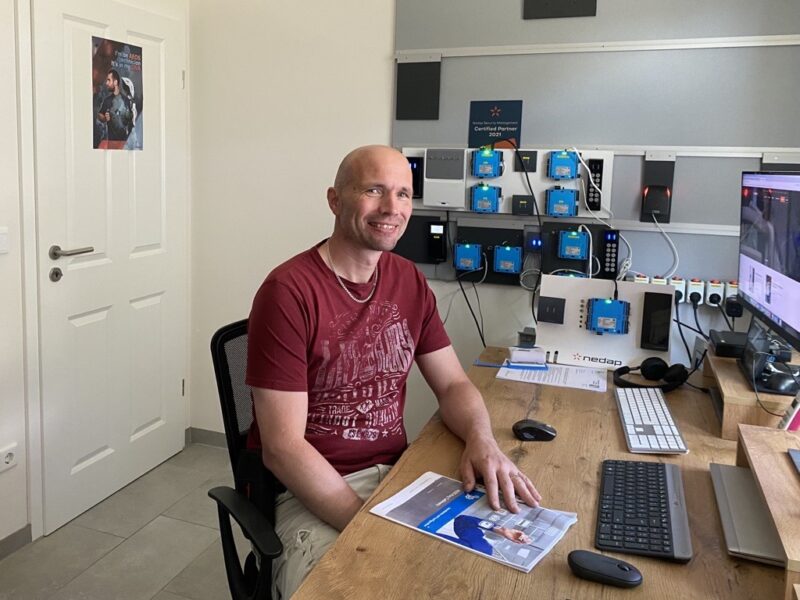 When we saw technical issues in the field we either wrote an email to the managers of the developers or sometimes called them. There was no proper system in place to keep track of the issues/bugs.

Once a month there was a conference call with the service department in France where we could exchange technical issues that we saw in the field. After a while I got really frustrated about this part, because almost everything we observed and reported was dismissed. It usually took months until even the possibility of a problem was considered.

So for example we had keypads randomly freeze and became unusable until the battery was taken out which could only be done by a technician. Usually by the time the frozen keypads arrived in France the battery was empty and with a new battery the problem was gone. So after a while we had sent several of these broken keypads unsuccessfully I drove to a customer where the problem just occurred and picked up the keypad and handed it to a colleague who drove to France that day. We finally managed to get it there with the battery still intact. Guess what happened next? Someone “by mistake” disconnected the battery and the problem could no longer be seen. After that more attempts were made but to make a long story short since 2013 until the end of 2021 (when I left) the cause of the issue was still not solved.

It was the same with several other issues. There was no system in place to track the issues/bugs we saw in the field and no time to investigate issues. We drove several times to France over the years to work on improving the situation and relationship with our colleagues. Every time we came back with a real good feeling that things are going to get better but after some time all was back to the same old ways.

Unfortunately innovation was also almost nonexistent while I was there. The main trick was to redesign some of the products to make them supposedly look better and at the same time to take features out for cost cutting measures. Sometimes it was a little bizarre: for example we had virtual outputs in a product and someone decided for whatever reason that they were no longer needed. We were never asked before about our opinion and would have strongly suggested against it. However, the change was just made and we had to deal with the complaints in the field afterwards because the product could not be connected properly to a third party product anymore.

So while I am writing this I think to myself, why did I stay 10 years with this company? Well, I had nice colleagues and despite all of this sounding very negative we still had a good reputation in the field for the most part. When I asked a partner back then why he is still using the products if he is so unhappy the mood quickly changed and he was defending all the good parts the product had. So there were a lot of good times too but still from a technical point it was very difficult for me to “defend” the way the company went.

In 2020/2021 a restructuring took place and the hope was that things would change for the better. Departments were split, new people came in a new parole was given out and in the beginning we were encouraged to share or ideas to make things better. I tried this a few times and but after months of no real changes happening a no clear vision of where the company wants to go I lost my passion. I wasn’t alone as I saw some other people leaving.  A lot was promised but the only change that I saw was a three monthly e-Mail with an attached spreadsheet with some turnover figures.

So when I heard about Nedap I did a lot of research how this company works and from what I saw on Youtube and on the website was very promising. However, when I joined the company in January 2022 I quickly noticed that this is a game changer. For starters, there are no ten different managers above me, the hierarchy is flat and no hidden departments somewhere far way. The support team and some of the developers sit next to each other. This makes a huge difference to the way the product works for the better. Also, in the three months I have worked for the company I have probably been able to get more bugs resolved than in several years before. Sometimes it feels to me like I am sitting on a rocket with how fast things move forward compared with what I have experienced before. I know, there are still things which could be different or better and this will always be the case no matter how good we are. I think with AEOS we have an amazing core product and for me it’s fun to learn every day another cool way howway to use this.

I love the openness of the company. Although I am not the most outgoing person myself (my wife says I am socially challenged 😉) I like the reality of being able to talk to the directors for a coffee break and exchanging ideas with colleagues. It feels rewarding to work with partners and solve issues and I appreciate the help of my colleagues very much.   I still have very much to learn and it will take me years but AEOS is such a cool product that I love to use and see all the amazing things it can do for our partners and customers in the future.