TOP
Home Insights Is biometric security something to consider for your access control system?

The rapid development of biometric recognition technology has led to biometric security systems being used increasingly more for physical access control. Not just in high-security locations such as banks, but in environments needing lower security levels such as office complexes. It’s opening up whole new opportunities to improve the protection of people, places and possessions, while also offering more user-friendly ways for people to identify themselves.

What is biometric security?

It involves using biometric security software to automatically recognise people based on their behavioural or biological char­acteristics. The biometric technology currently used most often in physical access control is fingerprint recognition because of its lower price. Among 2D fingerprint sensors, multispectral sensors are often a better choice over optical sensors. They’re slightly more expensive but offer higher accuracy and more reliable performance.

Other identifiers used include finger veins, palm veins, faces and irises. For high-security environments, iris recognition provides the best accuracy, followed by palm vein recognition. Some biometric security systems verify identities using one or more detection technologies, while others don’t verify the identity at all to keep costs low.

Strengthen security
One of the key benefits of biometric security devices is that they can help to increase your protection. It’s much harder, for example, to clone or steal a fingerprint than an access card.

In situations where you need to increase security, biometrics can also be used for multifactor verification. After someone’s presented their badge, for example, they then need to present their fingerprint to verify that they are who they claim to be. This is safer than using a PIN for verification as that can easily be passed to other people.

Improve convenience
Biometric security systems can also offer users more convenience. It’s easy to forget a card or key, but you always have your biometrics with you. And if the identifier allows handsfree or long-distance recognition, the convenience levels increase further – you may be allowed to enter your building simply by having your face scanned as you pass the entrance.

Are there downsides to biometric security solutions?

Although biometric security systems offer many advantages, there are still some concerns and even potential risks to consider.

Accuracy
Although the probability of identifying someone via a biometric security device is high, 100% accuracy isn’t guaranteed. Each biometric recognition technology has its own false acceptance rate and false rejection rate, and factors such as sunlight and the cleanliness of the sensor can affect accuracy.

Privacy
As biometrics are classified as sensitive personal data in European General Data Protection Regulation (GDPR), it’s important to use and store biometric information in line with local regulations. In some countries, for example, you’re not allowed to store any biometric data in a central database.

Fraudulent use
Presenting a photo of a fingerprint or face can fool some biometric devices and create opportunities to breach security. In some biometric security solutions, it’s possible to add liveness detection as an extra functionality. This checks that the body part presented is from a living person who is at the sensor there and then.

Some inconvenience
Users must be physically present for registration using biometric identifiers, whereas an access card or PIN can be prepared in advance. Biometric security systems are often slower to use too, which can be a problem if large numbers of people need to gain access within a certain timeframe.

GDPR compliance
In some countries, to comply with local privacy regulations, biometric templates must be stored on access cards rather than in a separate database. The upside of this is that each person owns and carries their own biometric template, and if their card is lost or stolen only they are affected. The downside is that biometrics can only be used for verification as identification is still done by the access card. Also, templates stored on cards often have a lower resolution, which makes comparing characteristics more difficult.

Biometrics will, undoubtedly, be used increasingly more in physical access control in the coming years. Especially as technology develops to mitigate some of the risks that remain. 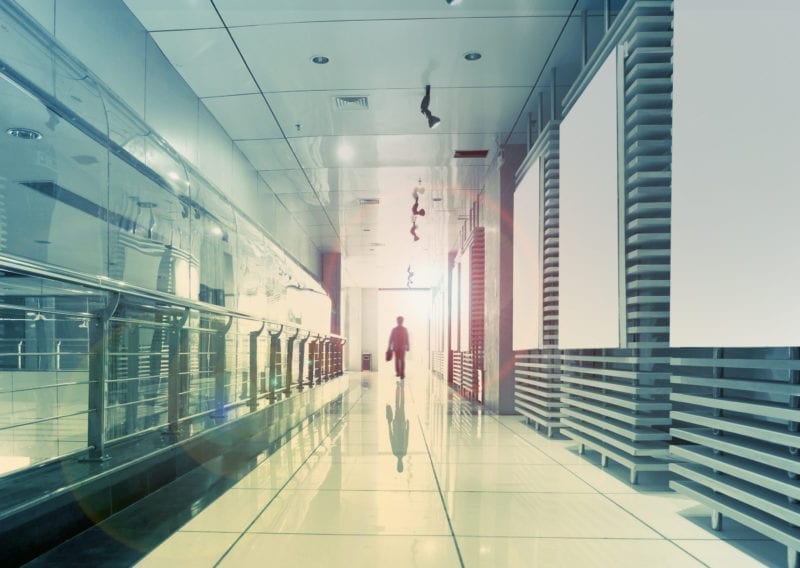