Fingerprints have been used in authentication for thousands of years, so it’s no surprise they’re one of the most popular biometric identifiers today. This form of access control has grown rapidly in recent years ­– not just in high-risk environments, but increasingly more in lower-risk, day-to-day scenarios too.

With fingerprint access control, you use a fingerprint scanner to create a template for each person you want to authorise for access. Then when they present their finger at a fingerprint reader, for example by a door, it’s compared with the stored template in your database. If it’s a match, they’re given access.

Security, convenience and affordability are the three main reasons why so many organisations are opting for fingerprint-based access control. Here, we look at each benefit in more detail.

Inherent identification; As a fingerprint is part of the body, gaining access with one that’s not your own is far more complex than stealing an access card.

Difficult to duplicate; Traditional access cards and fobs can easily be replicated, which makes legacy access control systems very vulnerable. A fingerprint is much harder to copy. And most modern biometric systems use liveness tests that measure aspects such as blood flow to ensure the fingerprint’s from a living person.

Verification ; Fingerprint testing can add an extra layer of security to your access control – either at every access point or just at higher security areas. The person attempting to gain access is first identified by their access card. Then they present their fingerprint to verify they’re the cardholder.

Online management ; Each person’s template is stored digitally using fingerprint access control software. So, with a software-based access control system like AEOS, managing and revoking permissions is straightforward and speedy.

Can’t be forgotten or lost ; It’s so easy to forget a password or code, especially as we have so many to remember today. And forgetting or losing an access card is just as easy to do. With fingerprint access control, you always have your identifier with you.

No fumbling; In many situations, especially those where speed is important or people are carrying other items, pulling out and using an access card can be very inconvenient or impractical.

Fast and efficient ; Most fingerprint readers can identify people in less than a second. Which is much faster than using a password or PIN or having a manual ID check.

Mass market knowledge ; Fingerprint identification is now applied in a variety of settings, with many people using it on their smartphone, for example. As most people are familiar with it, there’s little need for training on its use.

Lower price point ; Fingerprint identification is one of the most affordable options for biometric access control. Which makes it a cost-effective option for a wide variety of applications.

No identifiers to buy ; The cost of issuing and replacing access control cards, badges or fobs can add up to a staggering amount. Particularly for large organisations. With fingerprint access control, there’s no identifier to buy, and you don’t need to pay for replacements ­or the administration involved in replacements.

Lower staffing costs ; The increased security offered by fingerprint access control often means you can reduce the number of security staff at your access points.

Protect your assets; One of the key aims for access control is, of course, to prevent unauthorised people gaining access to your physical assets and data. Investing in a fingerprint access control system helps you to avoid the many and varied costs that can arise when someone manages to gain access without authorisation.

While fingerprint access control is a popular choice today, it may not always be right for you. Which is why your main access control system should give you the flexibility to integrate new technologies as they emerge or your needs change.

The AEOS access control system is an open platform that can integrate not just fingerprint technology but a variety of other biometric systems. As AEOS is software based, it’s able to keep pace with changing technologies – so you can too.

Find out more about AEOS 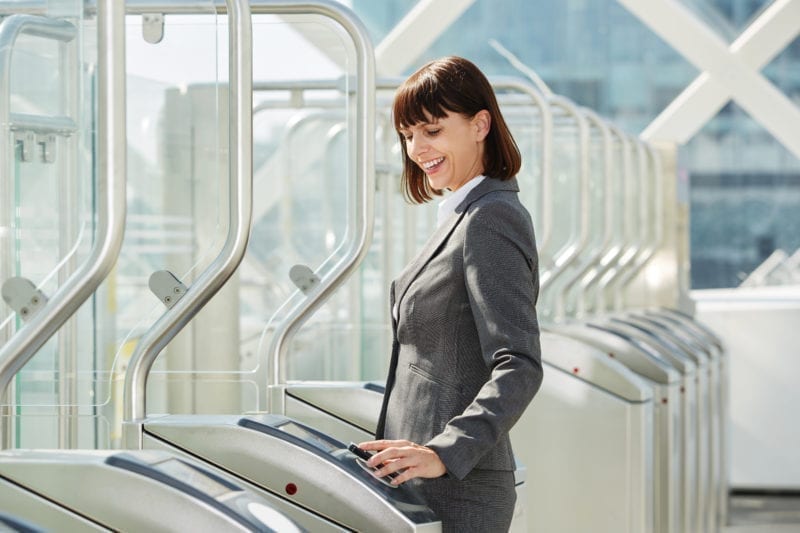